You are here: Home » In Brief » Boost to quarantine inspector numbers 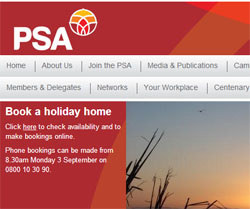 The government has today announced it will be hiring 30 new quarantine inspectors.  That’s on top of an additional 46 extra frontline staff recruited over the last six months.

Between December 2008 and May 2012 the jobs of about 91 biosecurity officers were lost due to budget cuts, restructuring and a sinking lid policy on staff numbers.

“It calls into question the government’s whole approach to biosecurity in terms of strategy, policy and planning and is an admission that cuts and restructuring haven’t worked.”

“A lot of experience and expertise was lost and biosecurity services were seriously stretched.  It must be difficult for those staff who lost their jobs or were affected by restructuring to now watch a wholesale recruitment drive going on.  They will be justifiably asking what the point was.”

“This is yet another example of government budget cuts forcing public sector organisations into needless restructuring,” says Mr Wagstaff.