You are here: Home » Environment » Dairy footprint smaller than in the 40s

Dairy footprint smaller than in the 40s 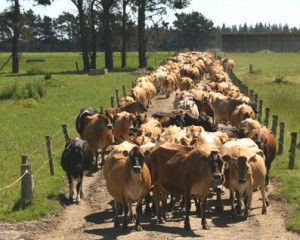 With all the talk of carbon footprints these days it is interesting to note recent research from Cornell University has found that today’s dairy farmers actually have a smaller “footprint” than their predecessors.

In the June 2009 edition of the university’s Journal of Animal Science it states that the dairy genetics, nutrition, herd management and improved animal welfare over the past 60 years have resulted in a modern milk production system that has a smaller carbon footprint than mid-20th century farming practices.

« Online calculators to help with N use
Native trees, bird pressure and vineyards… »