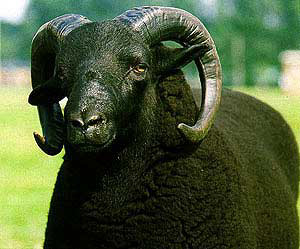 As New Zealand sheep farmers wait to see what will happen with Alliance Group’s concept for the future of the meat industry other farmers around the world are also trying to iron out a few of the same problems.

A group of sheep farmers from the Scottish/English border has recently opened a debate on the marketing of prime lamb. A debate is long overdue given the competition that lamb faces on the retail shelf from other meats.

The Carlisle ‘discussion’ group initially noted the difficulties facing the industry, before suggesting that sheep farmers’ long-term outlook depends entirely on the farm gate price of prime lambs and our ability as farmers to influence this price. The group believe that the current method(s) of selling prime lambs are not working.

The group’s proposition calls for total co-operation between farmers and auction marts. Farmers will join a marketing group attached to their local auction market. Lambs will be sorted by the mart into groups by type so that buyers know (with confidence) exactly what are they getting.

The mart will be paid for this service and the use of the mart facilities.

Lamb price will be set by the marketing group based on cost-plus mechanism, not the current traditional “open market” (bidding) mechanism. The mart will inform farmers when they book in what their lambs will return. Training will be available for farmers that struggle to present the right type of lambs.

Lambs not fit for slaughter will be diverted into the store ring which along with breeding sales will continue under normal bidding rules. Even though the group stresses that their proposal seeks to underpin the livestock market infrastructure, some auctioneers have concerns.

Here in New Zealand, most farmers would like to create a single meat company that controls 80% of New Zealand lamb production and, by implication, a big chunk of the global lamb marketplace. In effect, Kiwi sheep farmers want their equivalent of New Zealand’s mega dairy co-operative, Fonterra.

Meanwhile, Kev Bevan of the Scottish Agricultural College, has been looking at new approaches to the marketing of lamb. He says that, in principle, the British and Kiwi proposals share similar aims. Taking costs out of the supply chain is a key priority but achieved somewhat differently.

Through sorting and batching at markets, the Carlisle group wants to ensure that full loads of “in-spec” lambs go to processors.

The Kiwi plan also calls for more cohesive marketing and reduced duplication to take cost out of the chain. Their plan also seems to involve significant rationalisation of processing plants to cut overheads.

The more questionable aim that is shared by the British and New Zealand proposals concerns dealing with supermarkets.

Unquestionably, the supermarkets are very powerful in the lamb supply chain (the latest Competition Commission findings stop short of declaring them “too” powerful), but a strategy of bludgeoning them into submission may backfire, he said.

Unlike beef, which is well known for getting folks into a store, lamb is not a crowd puller.

Mr Bevan said that: Like it or not, the supermarkets are the main market channel to the British consumer.

Successful supply chains are marked by close collaboration along the chain to provide the customer with exactly what they want, time after time.

Ultimately, the wants of producers, processors and retailers are all secondary to that of the consumer.

Closer producer collaboration is a wholly desirable target. Whether the blanket level of farmer co-operation called for by the Carlisle group is achievable, must be doubted. But regionalised producer marketing groups are very achievable. Indeed, there are decent examples already available, he said.

There are also good examples of supermarket-led producer groups. Mr Bevan believes the trick is to develop such groups into organisations that can deliver a quality lamb product consistently to the processors and ultimately the consumer.

“Critically, such groups can negotiate (quality based) pricing mechanisms with processors and retailers that not only lift farmgate prices but also, probably more importantly, take transaction and production costs out of the chain.”

Needless to say few New Zealand farmers would favour being part of a supermarket-led producer group!