Most farmers have now seen the light and are convinced of the advantages of industry consolidation, according to Natural Producers Company Chairman Murray Rohloff.

The meat co-operative reform group is urging all farmers to support the recent Alliance Group Ltd initiative – as long as it is in the best interests of farmers. Alliance has stated that the initiative will see a “new single entity through which 80% of New Zealand’s livestock supply is managed, from farm to market.”

Mr Rohloff said he is confident that farmer shareholders of both Alliance and PPCS are supportive of industry consolidation.

“I have never seen such a sea change in farmer opinion before.”

Since Forbes Elworthy launched NPC’s recommendations to the industry two weeks ago the company has held 14 meetings – Four in Canterbury, nine 9 in Southland and one in Otago. Each meeting was attended by up to 50 farmers and at each meeting at least 75% of farmers supported the NPC plan – most of the rest were undecided. At no meeting were more than 5% of farmers opposed to industry consolidation.

“At most meetings 85% to 95% of farmers present were in favour of the NPC plan for a merger. This result was consistent across both Alliance and PPCS shareholders.”

Farmers in each of the provinces – Southland, Otago and Canterbury – were also consistently supportive. At one NPC meeting, at the Southern Field Days at Waimumu, there was 100% support for a merger from the more than 40 farmers present.

Mr Rohloff said that NPC was supportive of Alliance Group’s initiative, although few details have been made available. But he is asking farmers to become members and give their proxy votes to NPC to ensure a merger does take place.

“If Alliance’s initiative is in the best interests of farmers, and is successful, we will use those proxies to support his plan.

“But, if the plan is not successful, NPC is here to see that a merger actually does happen, and to make sure a deal is worked out in a way that helps farmers. “The NPC plan could be looked upon by farmers as their insurance policy for meat industry consolidation.” 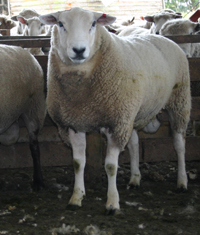