You are here: Home » Animal Health » Leave the deer pee at home

Leave the deer pee at home 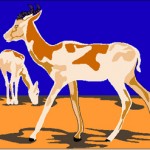 Hunters in Nova Scotia are no longer allowed to take deer pee with them when they go hunting.

That’s because the Department of Natural Resources has banned the use of deer scents, which contain deer bodily fluid, in an effort to prevent the contagious and lethal Chronic Wasting Disease entering Nova Scotia.

The disease has been diagnosed in commercial game farms in several states and provinces where the products originate. There are no regulations on the imported scents, which hunters can purchase at WalMart and Canadian Tire.

Hunters often soak cotton balls in the urine from a doe in heat to attract bucks.

Chronic wasting disease is a transmissible neurological disease of deer and elk. It is a serious problem in Western Canada and parts of the United States.

Younger hunters
Meanwhile, young Nova Scotians will have more opportunities to hunt for deer, as a result of recent changes to regulations under the Nova Scotia Wildlife Act.

Changes to the general wildlife regulations will extend the youth deer hunt, which was introduced last year, from two to eight days. Hunters who are 16 or 17 years of age, have completed the appropriate safety training, are accompanied by a qualified adult, and have a deer hunting license, are eligible to participate.

The changes are among a number of amendments made to various regulations under the Wildlife Act. Others include changes to:

• allow only body-gripping traps — which have been certified as humane in accordance with the Agreement on International Humane Trapping Standards between the European Community, Canada and the Russian Federation — for raccoon, fisher, beaver and muskrat;

• allow the Nova Scotia Federation of Anglers and Hunters to use four moose licences for a fund-raising draw available to residents and non-residents;

• increase the time period for having licenses suspended for serious infractions under the Wildlife Act.